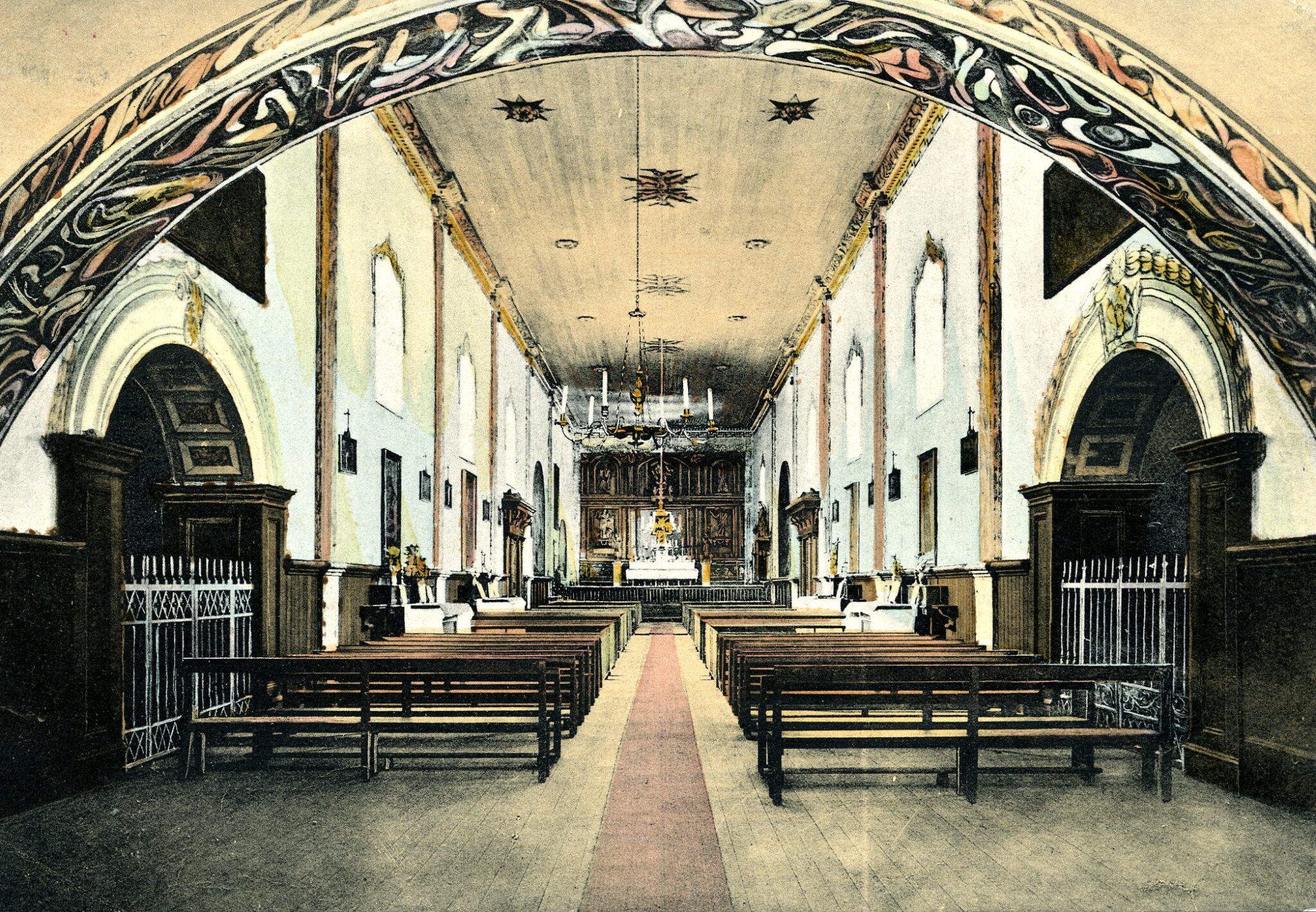 This hand colored image of the church interior dates from 1898. Recently the backless benches for parishioners had been replaced with the ones seen here. 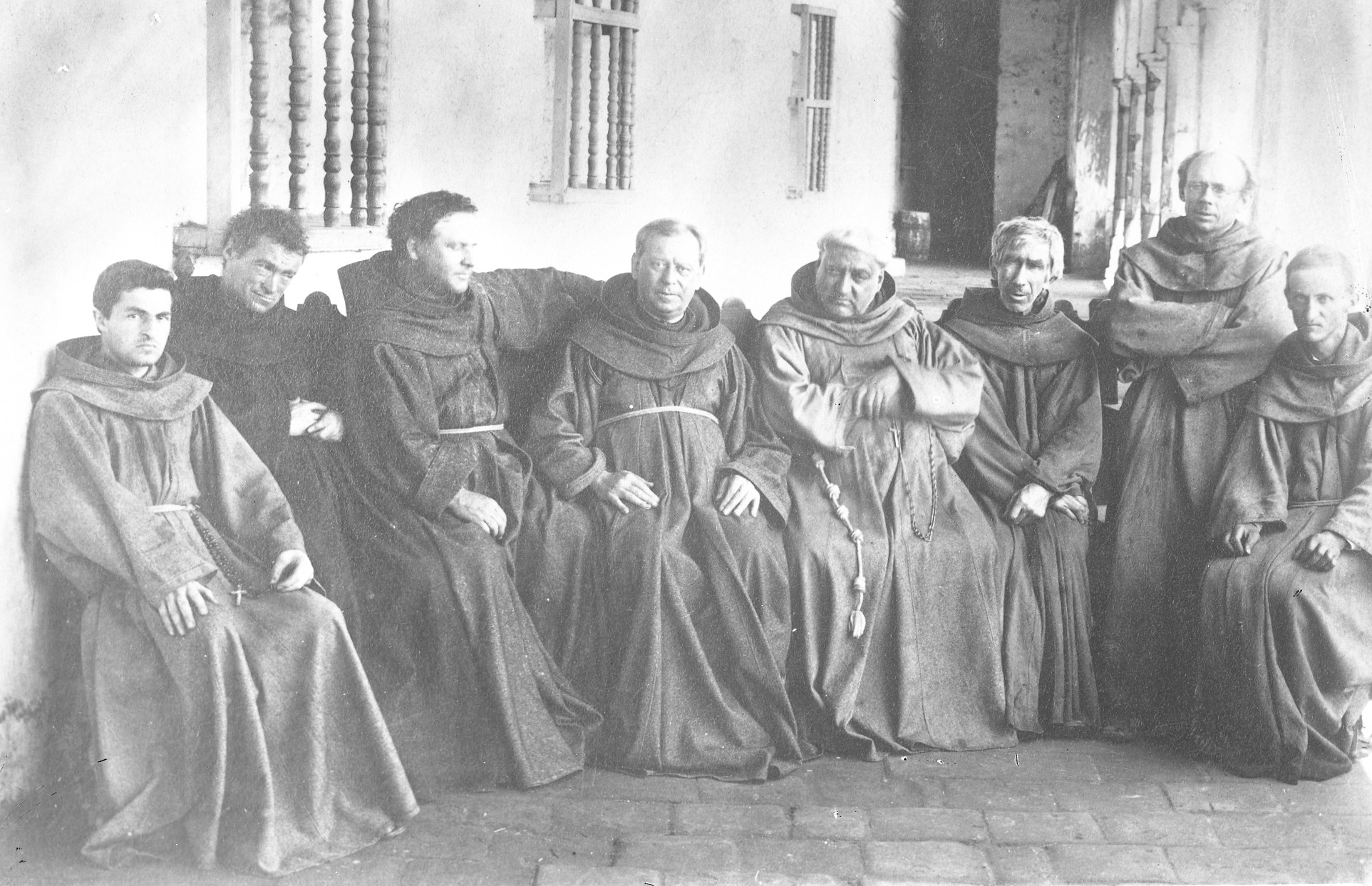 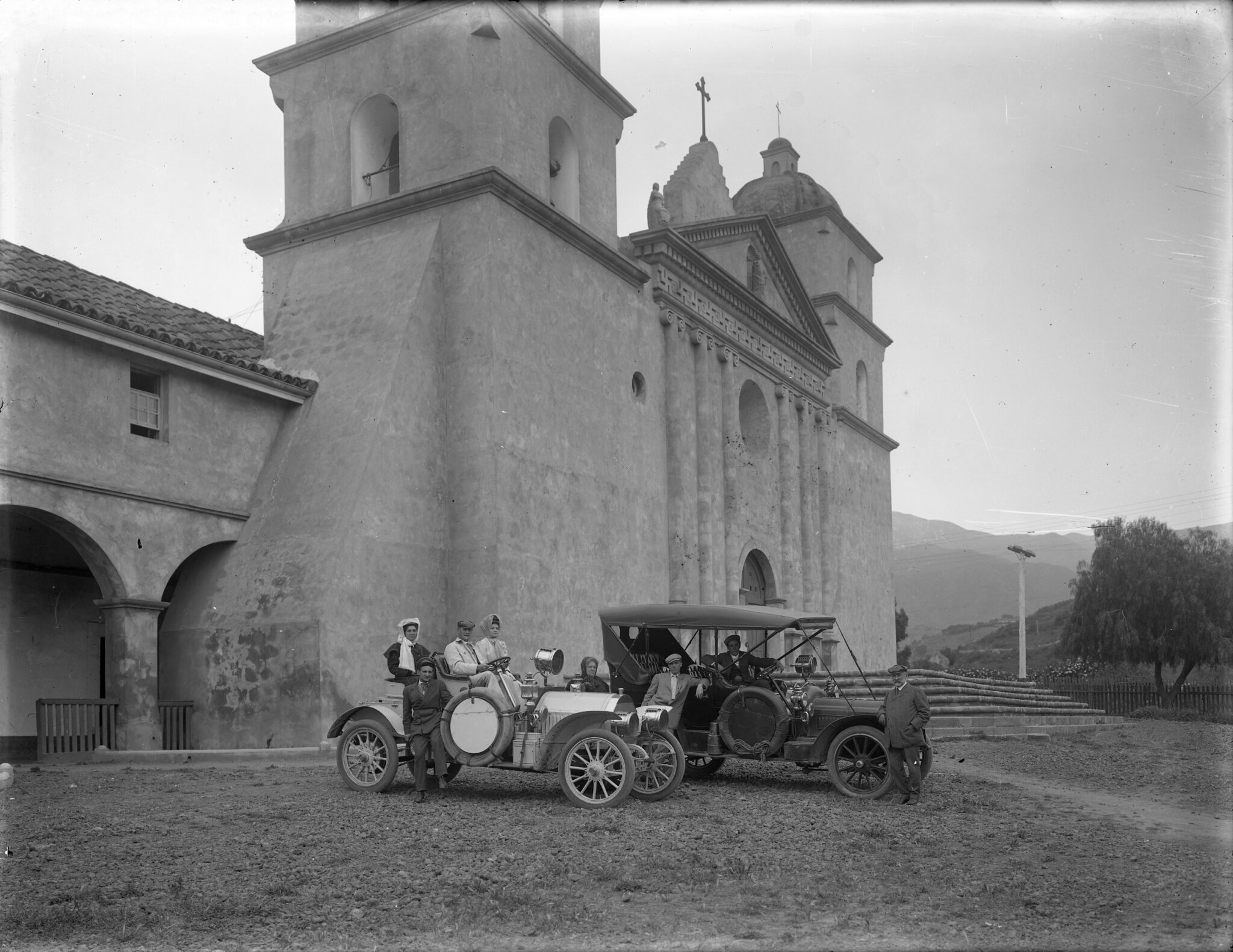 Whether arriving in Santa Barbara by stagecoach, ship, train, or auto, oftentimes visitors would make a point to visit Mission Santa Barbara. Here a group has found a “perfect parking spot” ca. 1910. 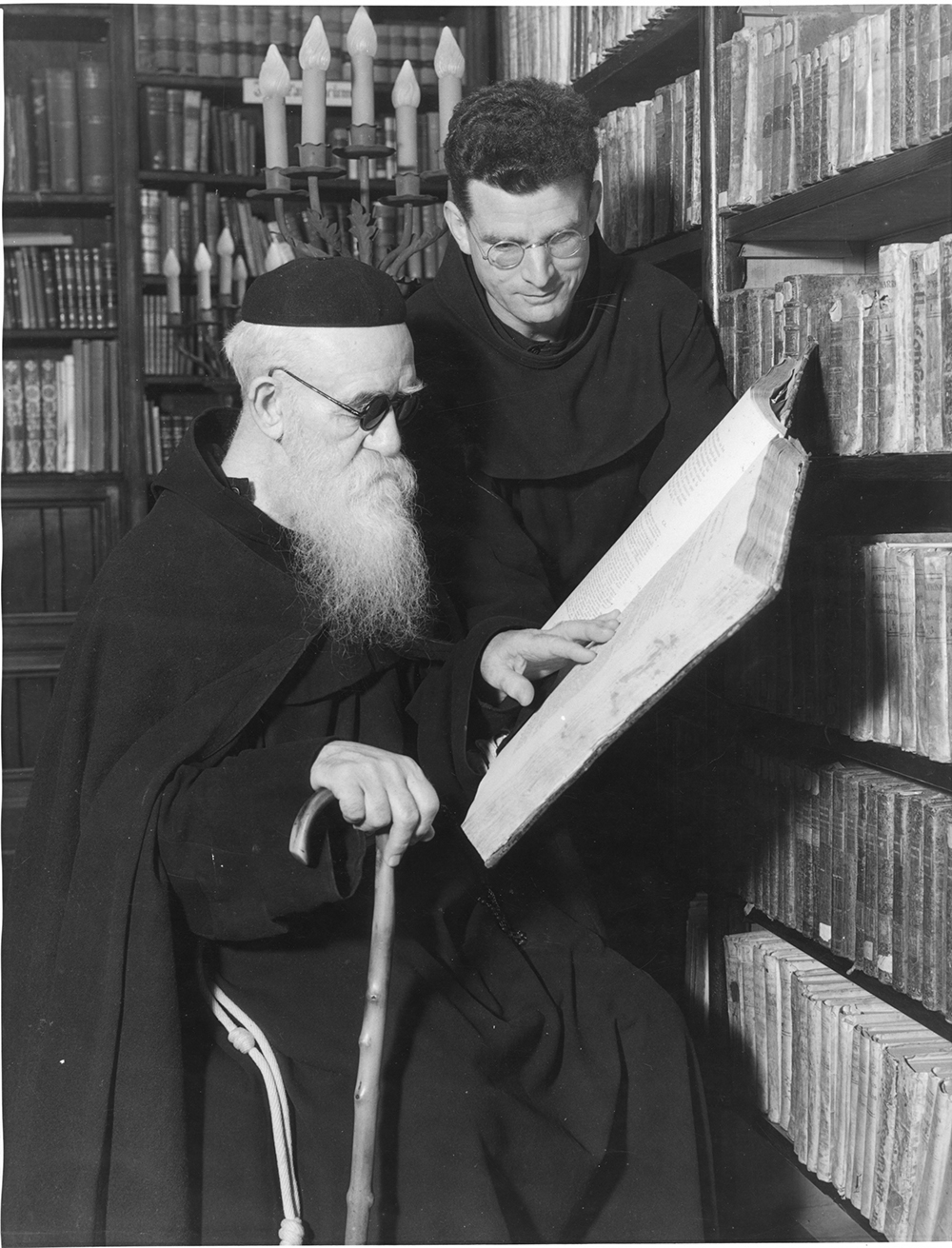 Fr. Zephyrin Engelhardt, O.F.M., at left, was a noted historian of the California missions and spent some thirty years at Mission Santa Barbara. Here he examines one of the many rare volumes housed at the Mission Archive-Library with his assistant, Fr. Felix Pudlowski. 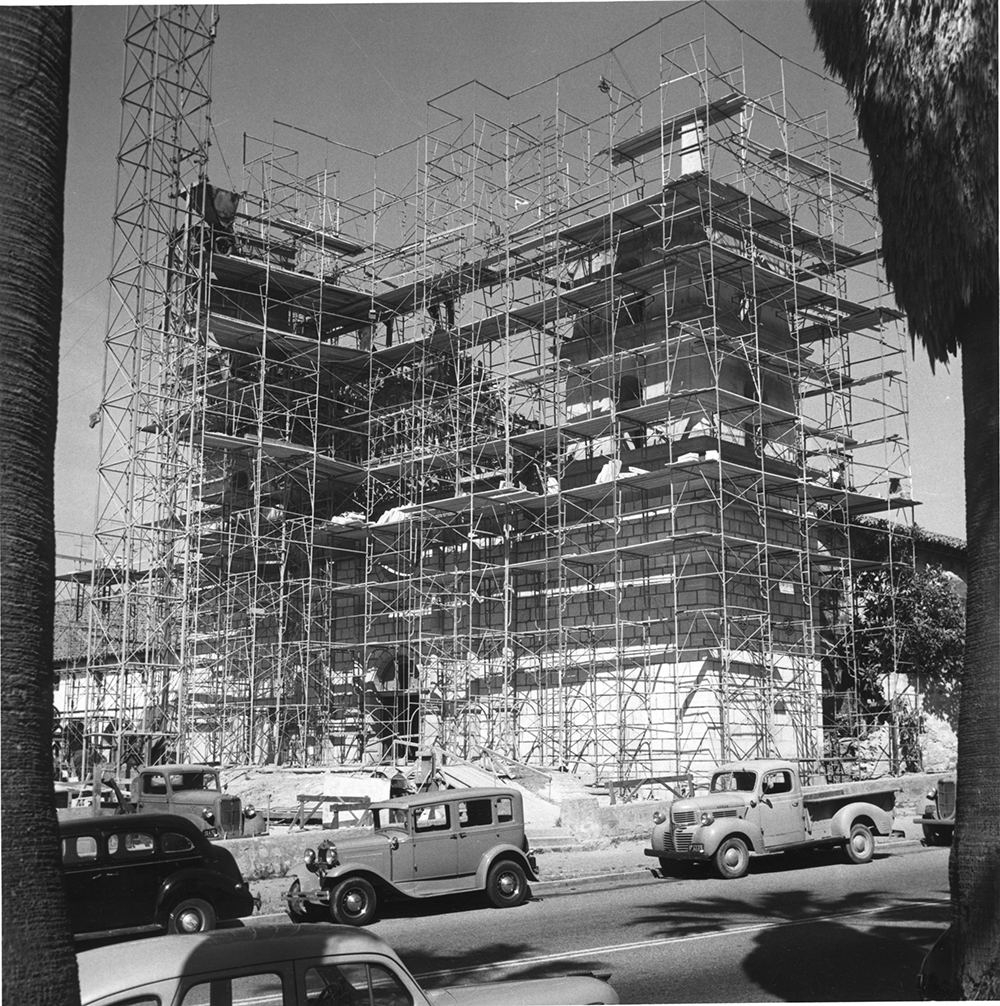 Deterioration of materials used in the restoration of the Mission after the 1925 earthquake necessitated a teardown of the towers and façade in 1950-52. They were rebuilt with reinforced concrete and faced with limestone. Reconstruction was completed in the summer of 1953. 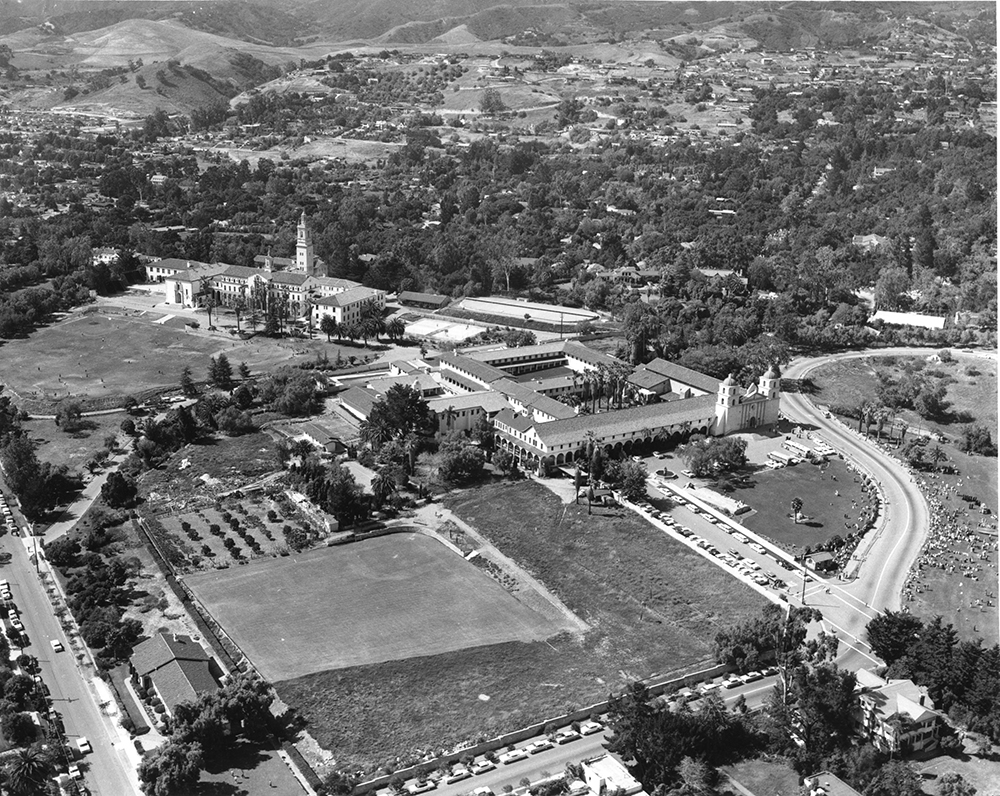 This aerial was taken by Karl Obert, a highly regarded landscape and architectural photographer. Behind the Mission is St. Anthony’s Seminary, rebuilt after the 1925 earthquake. The photograph dates from the early 1960s.
1 2 3 4