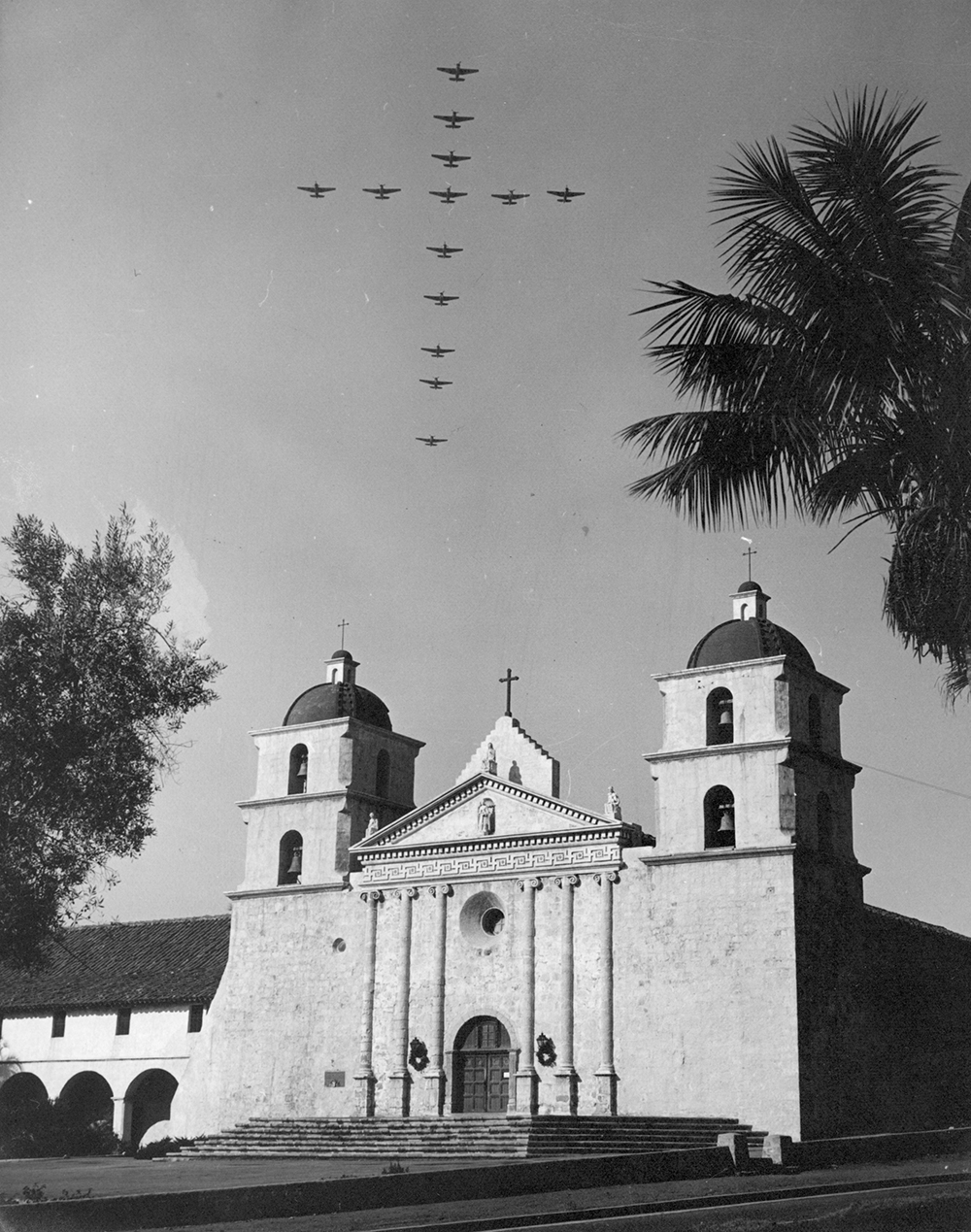 This 1943 photograph was taken by the local husband and wife team of H. Edgerton and Florence McAllister. The planes are from the Marine Corps. Air Base in Goleta. The Marines were stationed at the airport and the present-day campus of UC Santa Barbara during the war. 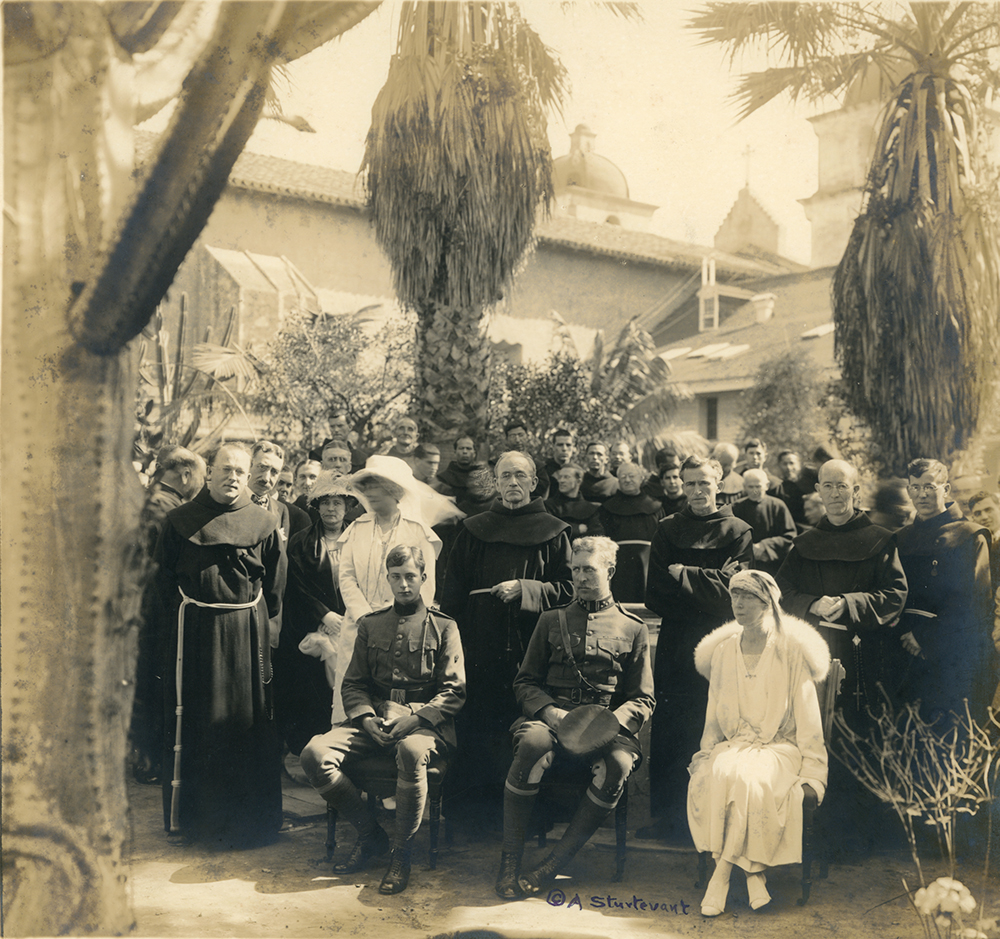 King Albert, Queen Elizabeth and Crown Prince Leopold toured the Mission as part of their visit in 1919. Among the other activities partaken by the royals while here was a motorcycle trip to Summerland by Leopold, a ride in a Loughead airplane by Albert and Elizabeth and a visit to the Flying A movie studio. 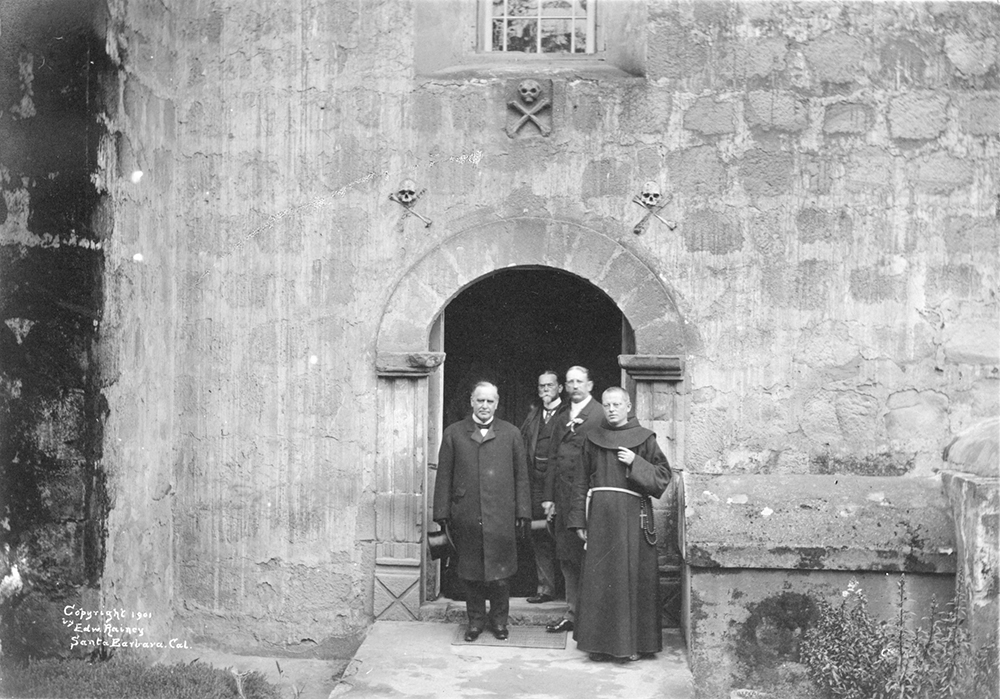 President William McKinley on left, visited Santa Barbara in May 1901 and was given a tour of the Mission. He would be assassinated four months later. 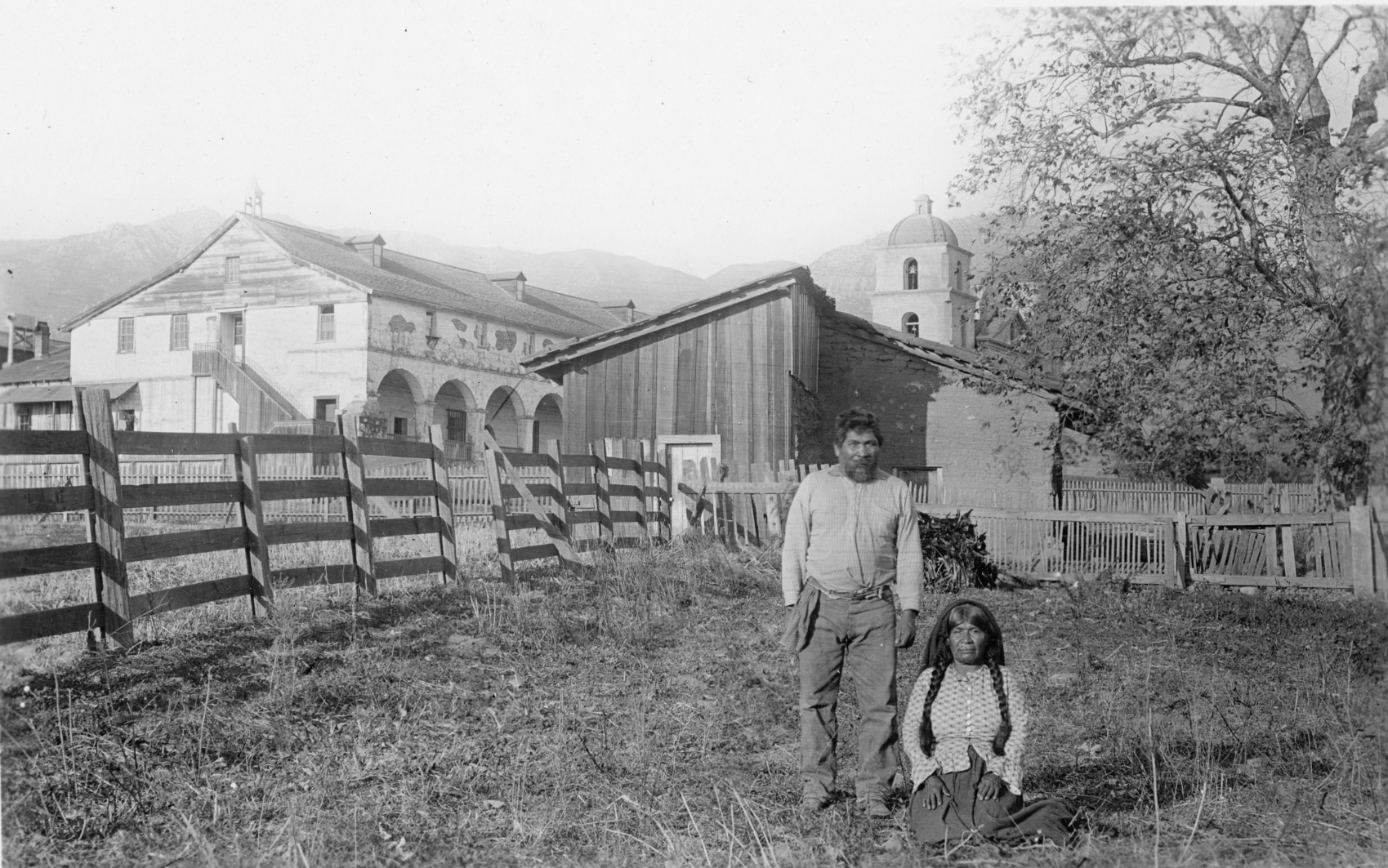 The early Mission community would not have survived without the labor of the local Native Americans, the Chumash. The arrival of the colonists and the diseases they brought with them decimated the Chumash population. This photo dates from the early 1880s. 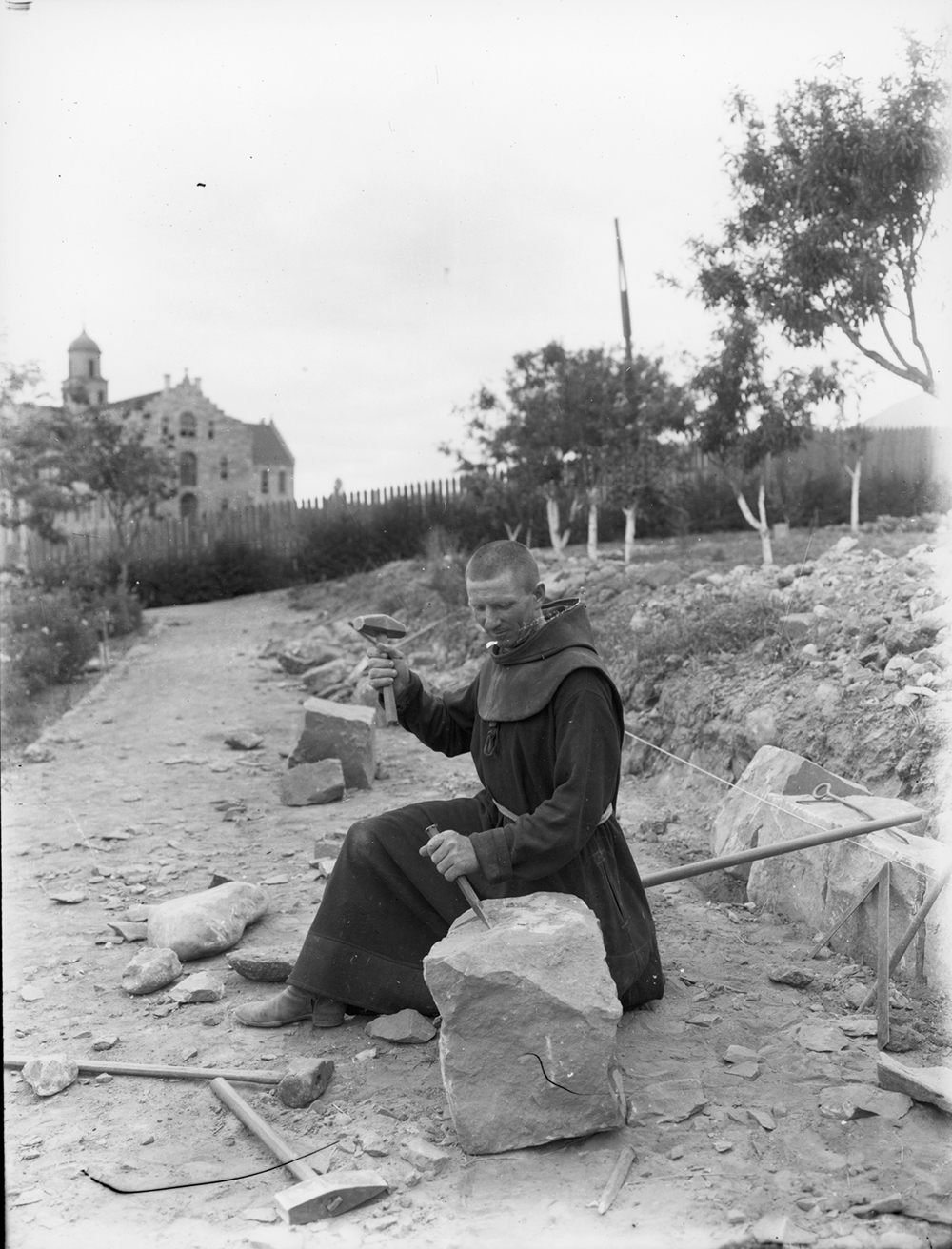 Many padres at the Mission were skilled artisans. The building behind this stonemason is St. Anthony’s Seminary which came down in the 1925 earthquake and was then rebuilt. 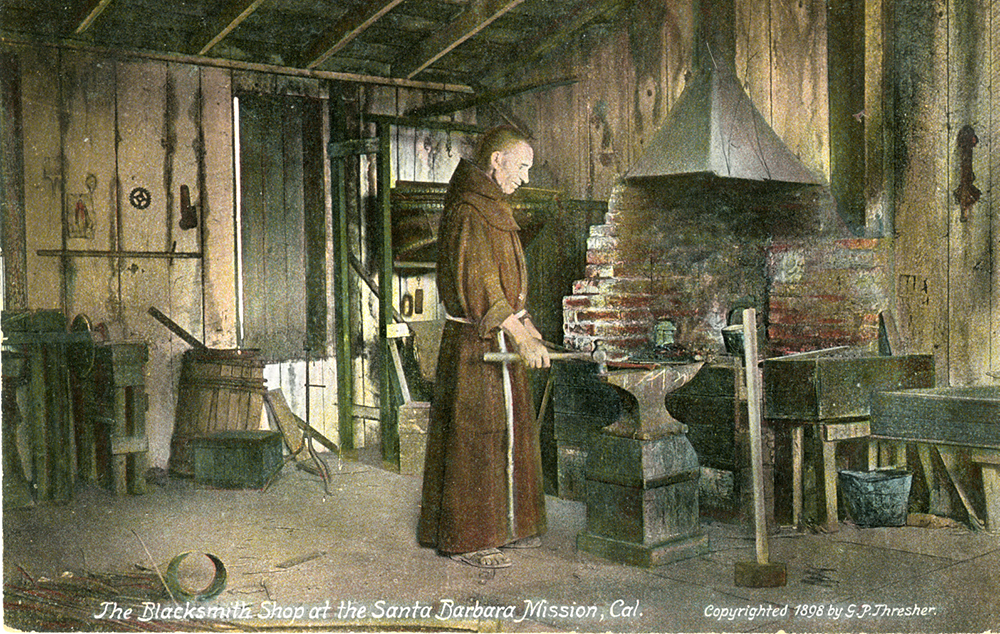 Life at the Mission was a popular topic for postcard publishers as demonstrated in this 1898 card. This card was made in Germany which was known for the high quality of its product.
1 2 3 4