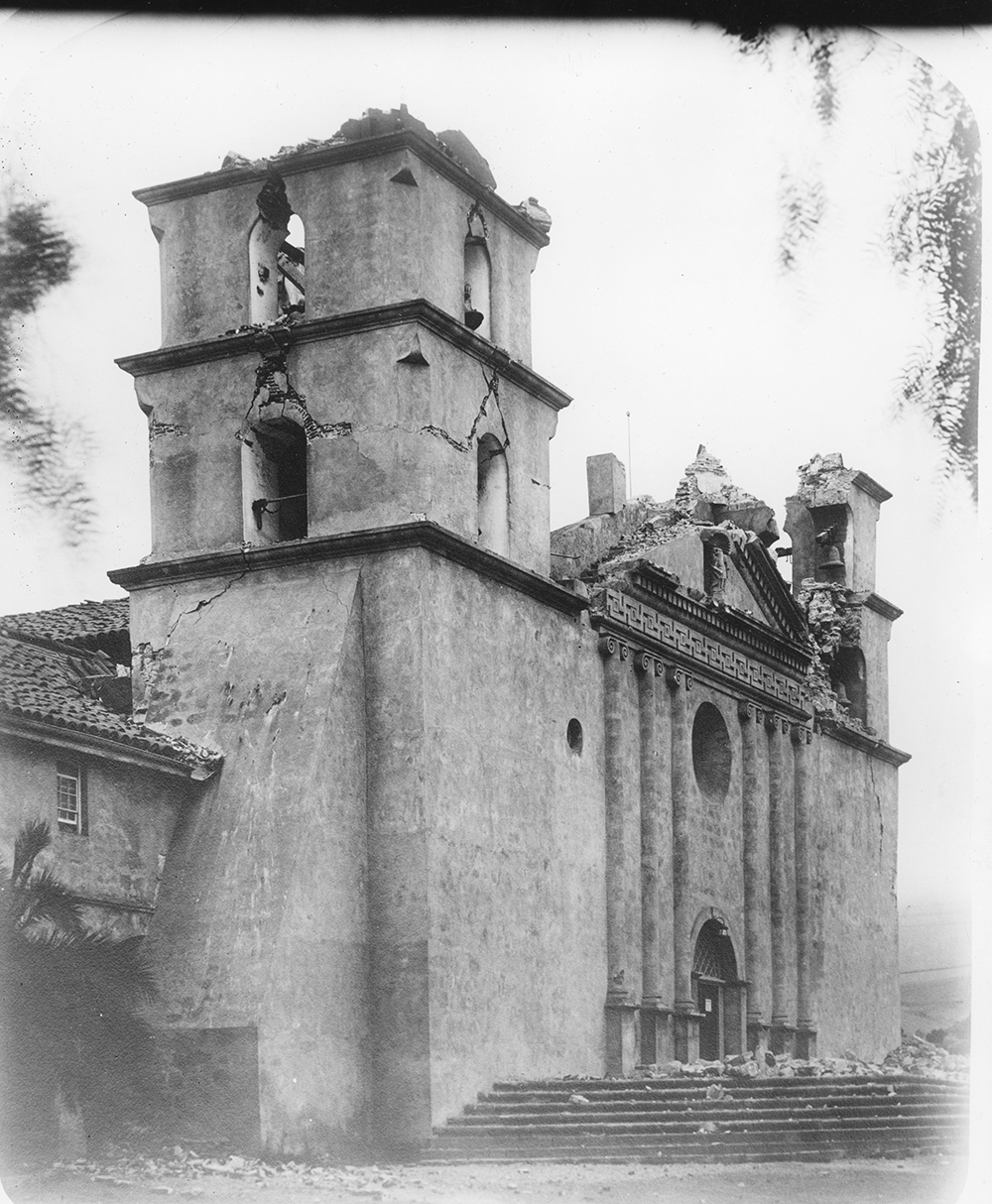 The earthquake which struck Santa Barbara in the early morning of June 29, 1925 caused massive damage to the Mission. Reconstruction took over two years; the restored church was consecrated in December 1927. 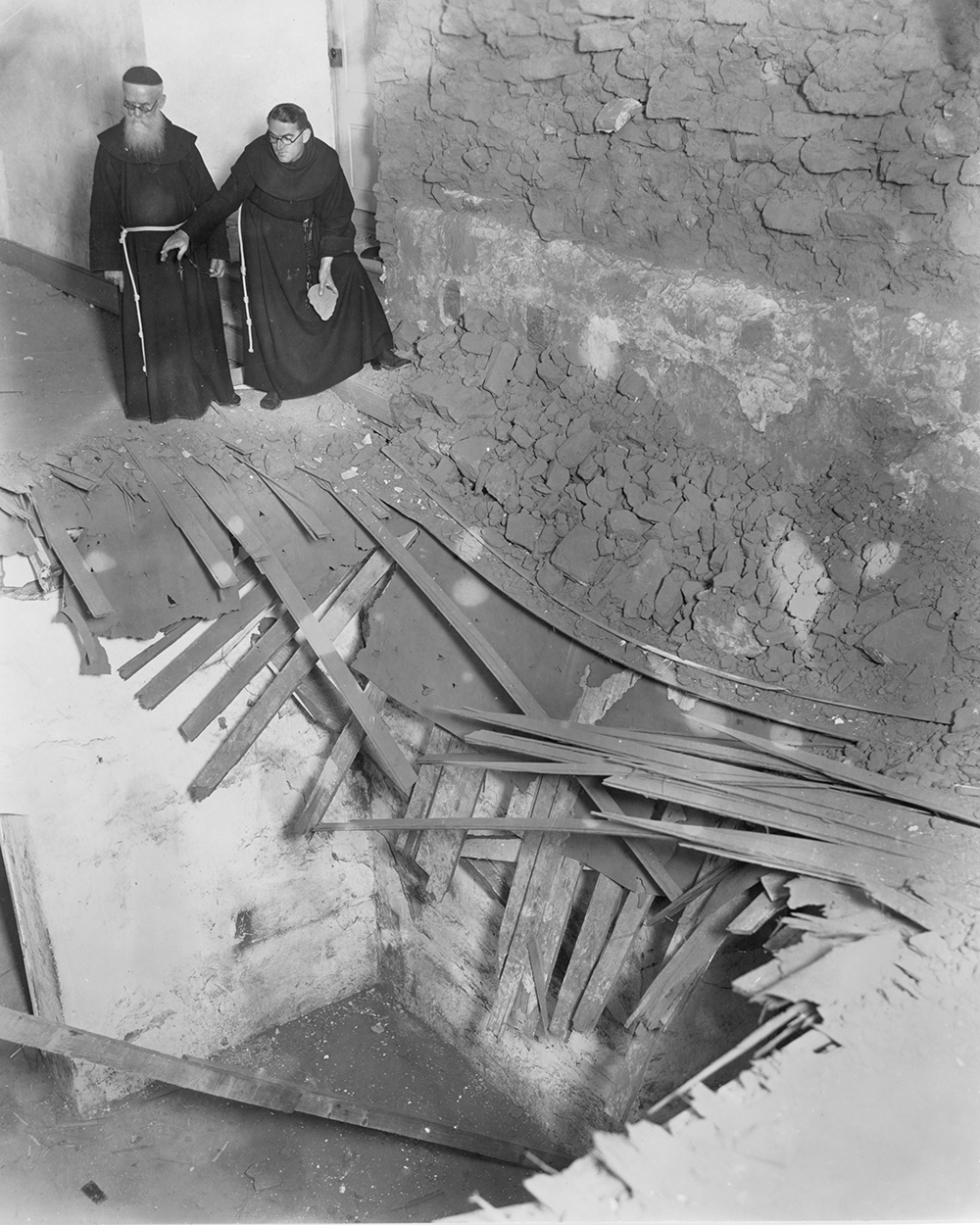 Fr. Zephyrin Engelhardt, O.F.M. and Fr. Augustine Hobrecht, O.F.M. inspect damage in a Mission corridor in the aftermath of the 1925 earthquake. 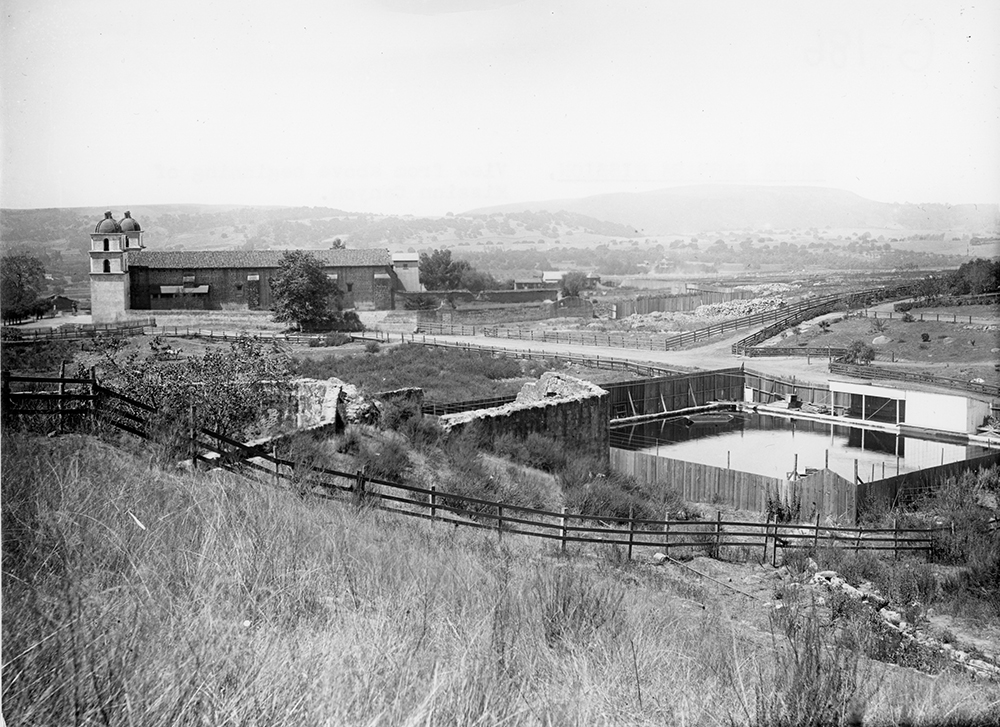 Adequate water supply has been a concern for Santa Barbara throughout its history. In the years surrounding the beginning of the 19th century, Mission Santa Barbara constructed an elaborate water system which reached high into the foothills of the Santa Ynez Range. This image was taken by I.N. Cook in the 1890s. 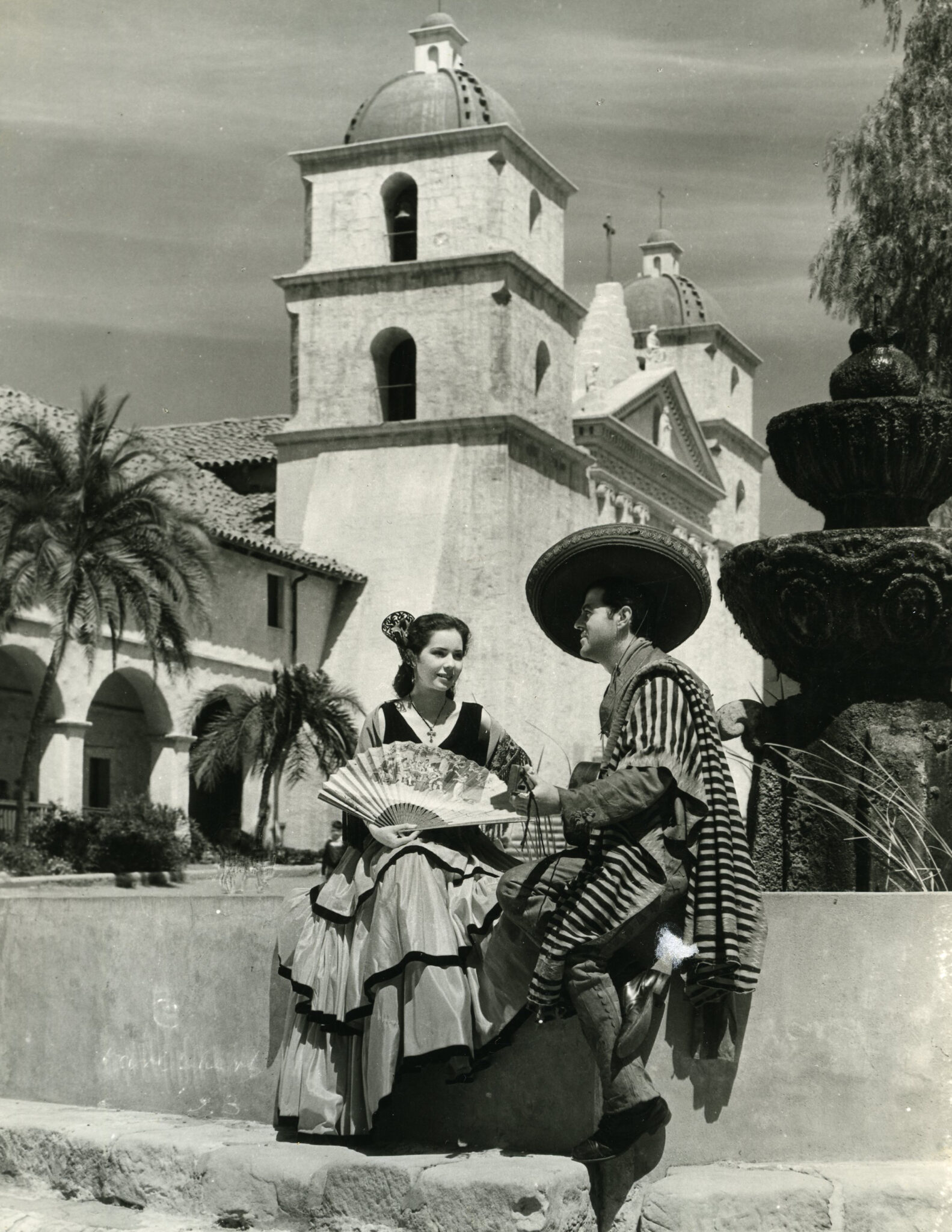 The Mission is the site of two Old Spanish Days Fiesta events. La Fiesta Pequeña on the Mission steps opens festivities and is followed the next day by La Misa del Presidente, a mass in honor of that year’s El Presidente and the directors of Old Spanish Days. This photograph by Karl Obert dates from 1935. 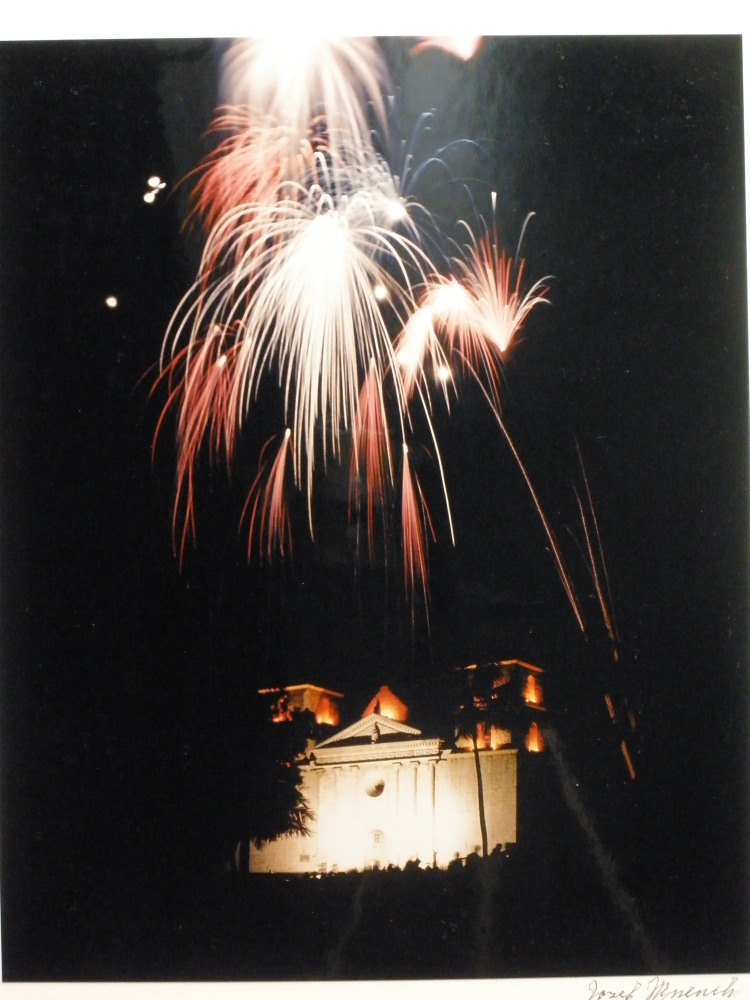 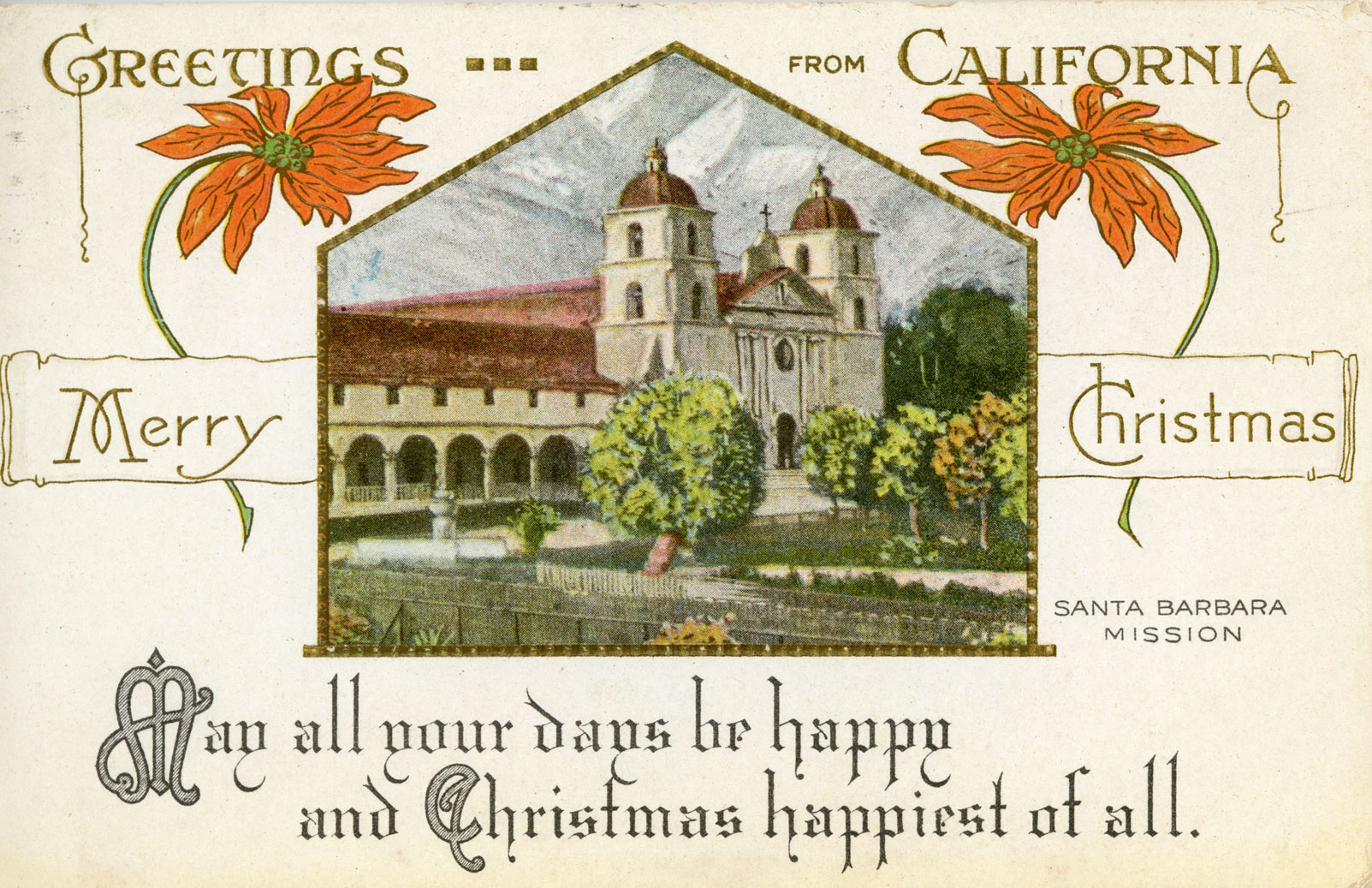 This hand-colored postcard probably dates from around 1910. Here the Santa Barbara Mission serves as both an architectural embodiment of the holiday and a recognizable symbol of sunny California.
1 2 3 4