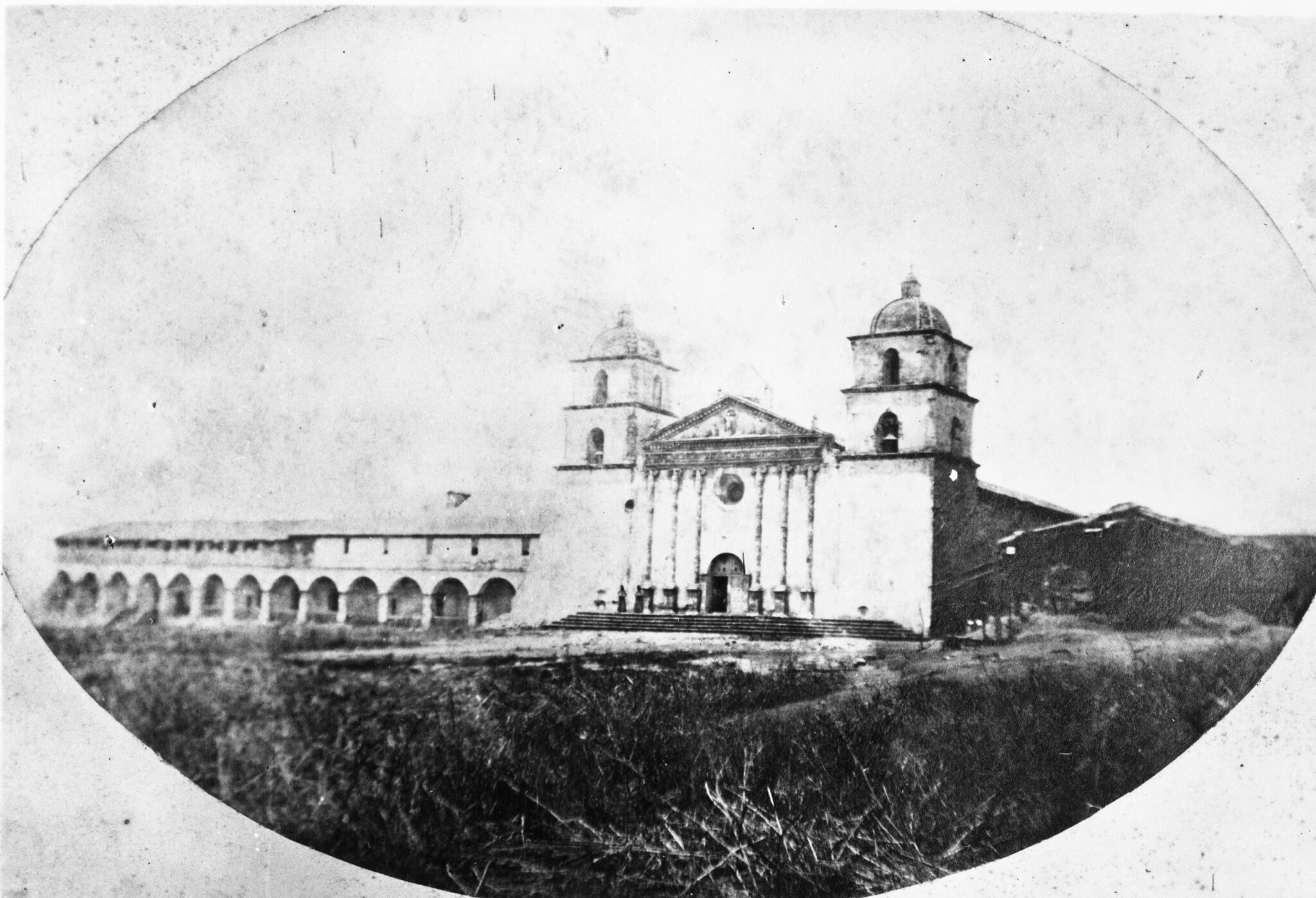 This is the earliest photograph of Mission Santa Barbara in the Museum’s collection, taken around 1860. 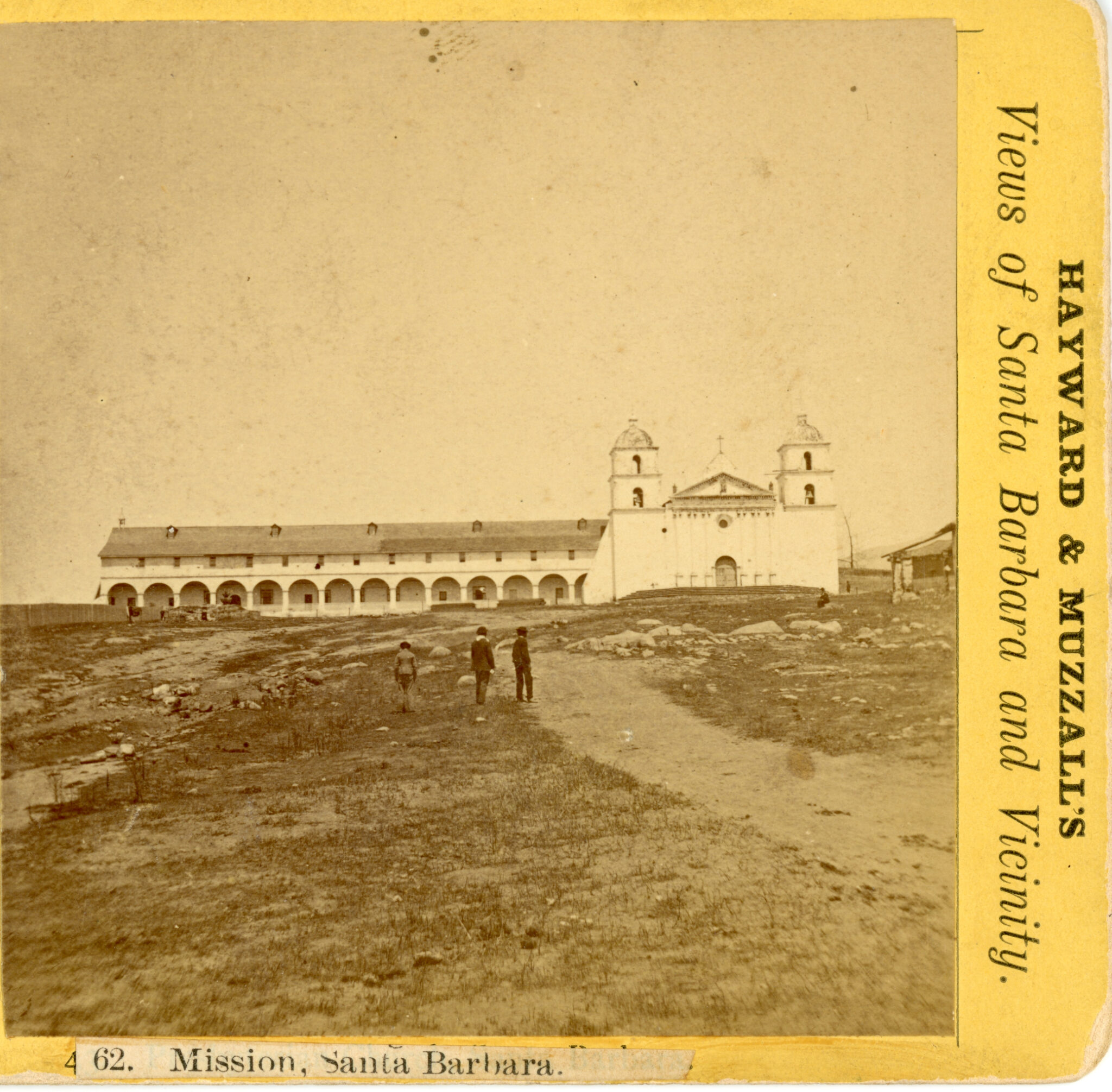 Shown is the right half of a stereograph by the photographic team of Edwin Hayward and Henry Muzzall. Photographed with a two-lens camera, when the full stereograph was viewed through a stereoscope the image was given a 3-D effect. This shot was probably taken in the latter half of the 1870s.

This picturesque photograph dates from the early 1880s. Note the deteriorated plaster which has fallen from the walls. The dormer windows would be removed later in the decade. 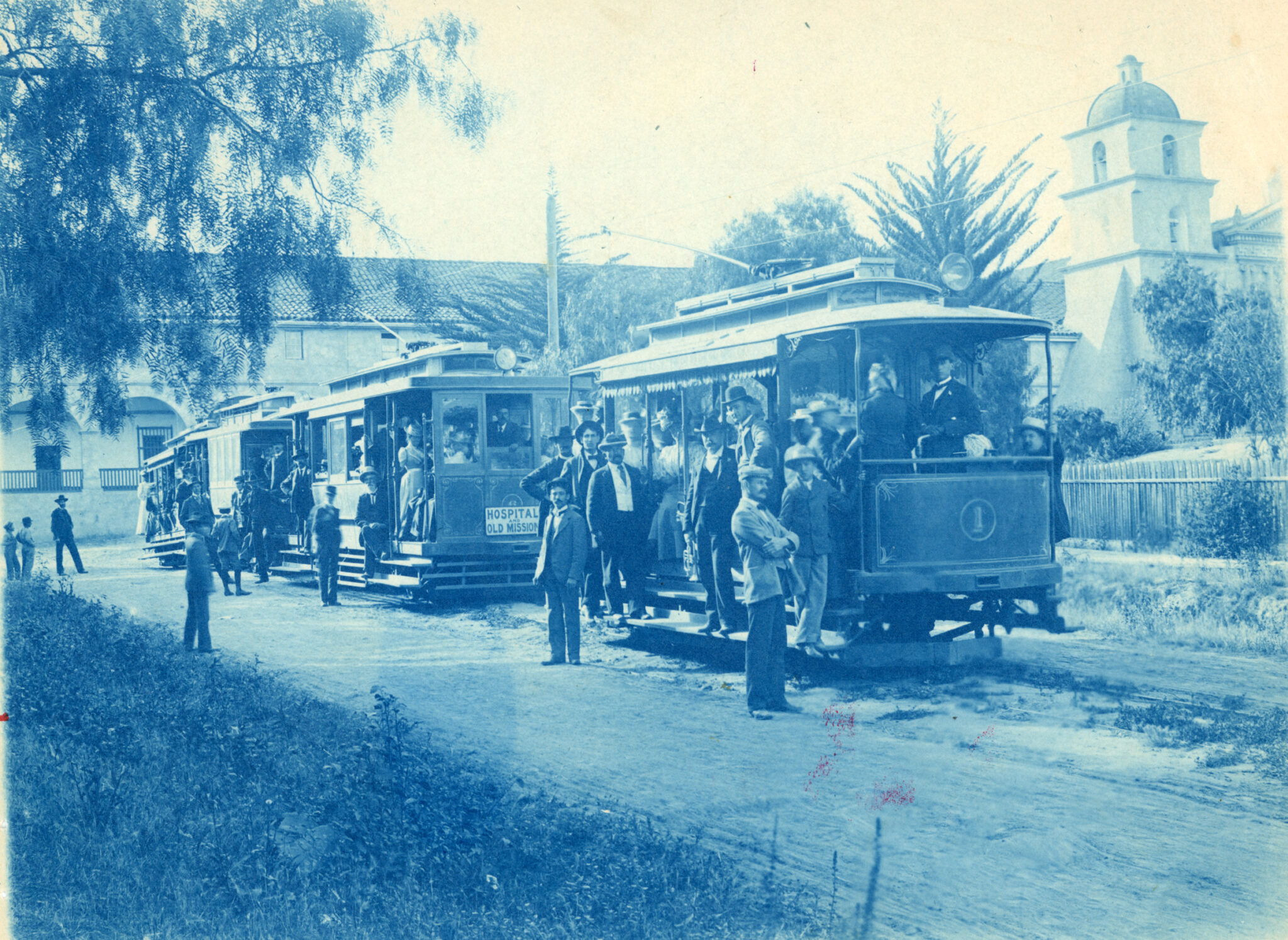 After the transition from mule cars to electricity a streetcar line was run up to the Mission in 1897. Tragedy struck on Easter Sunday 1904 when the brakes failed on a car coming down after services and overturned. Five passengers died, thirty were injured. This image is a cyanotype, most utilized in the two decades surrounding the turn of the 20th century. 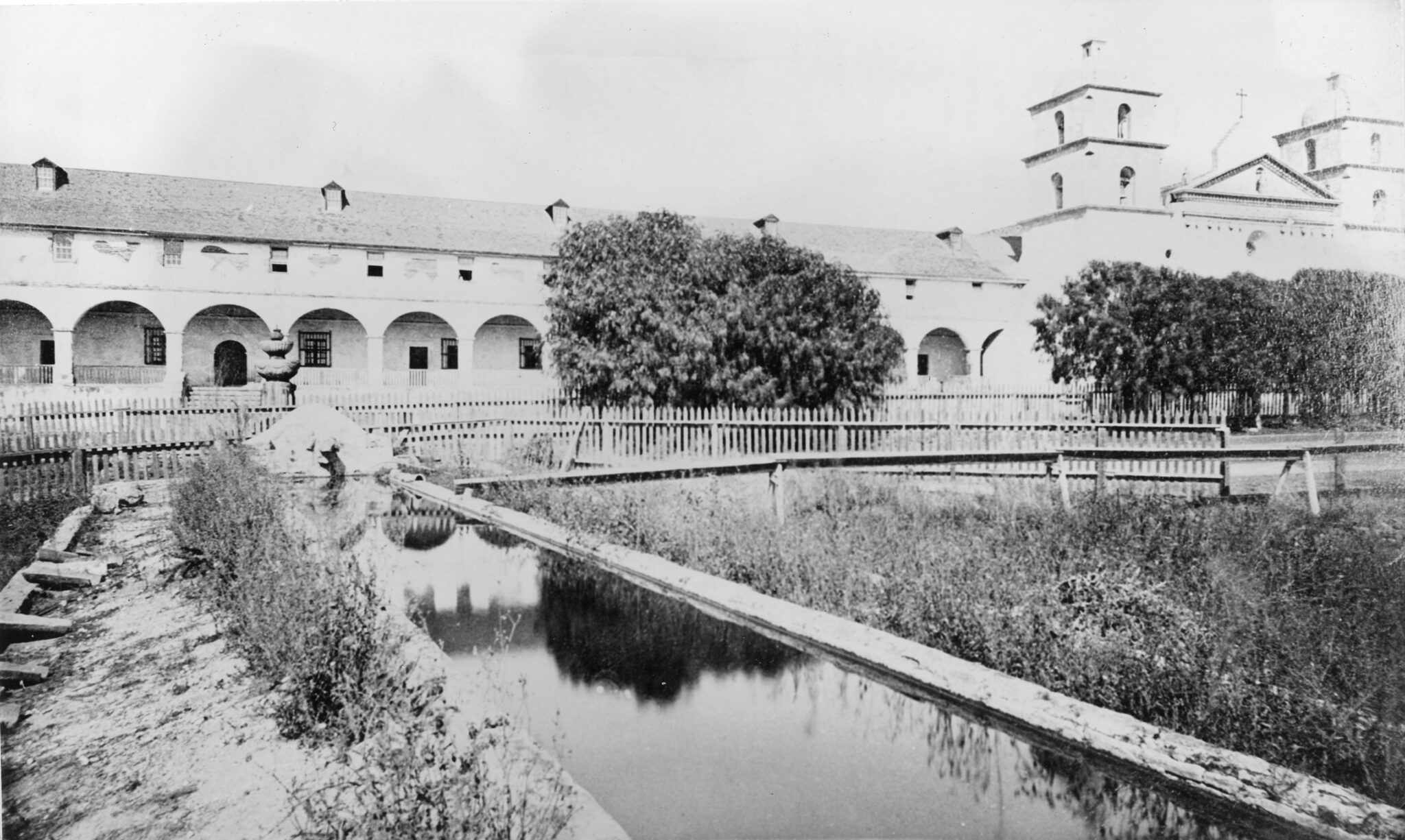 The long lavadero or laundry basin and the Moorish style fountain behind it were constructed about 1808. This photograph dates from around 1885. 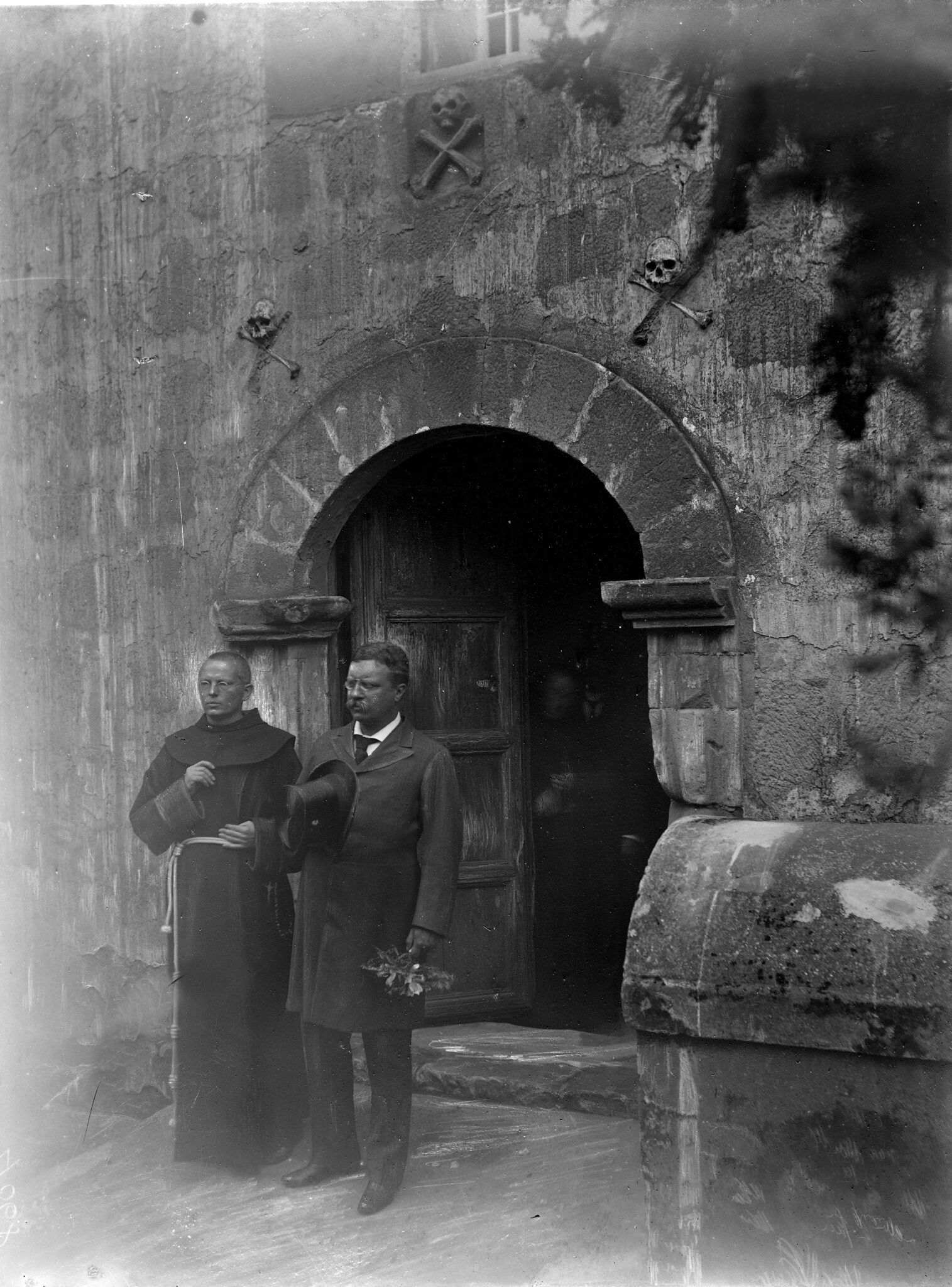 President Theodore Roosevelt made Mission Santa Barbara a stop during his 1903 visit to the city.
1 2 3 4