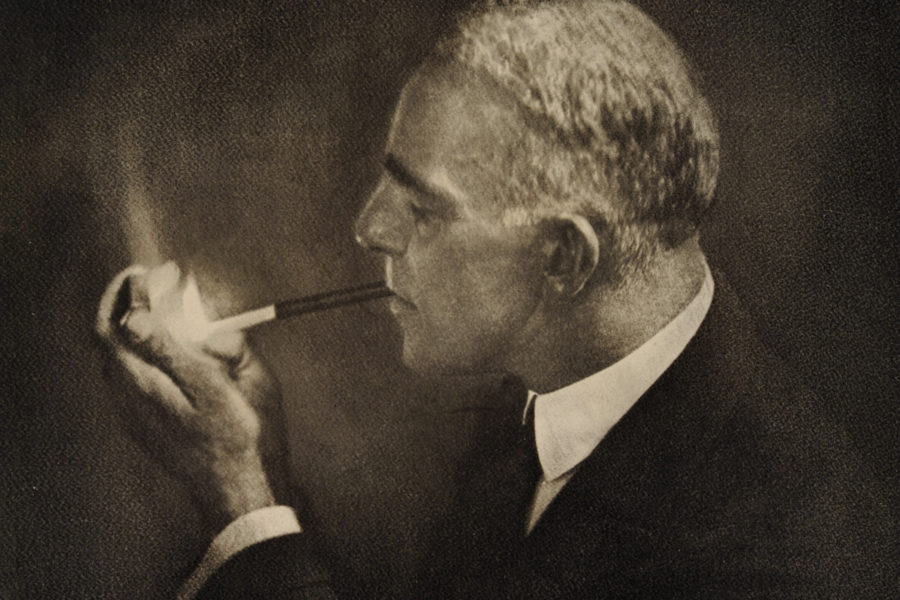 Portraits in Paradise: The Photography of Carolyn and Edwin Gledhill, 1906-1944

The exhibition featured 38 portraits of culturally and socially influential figures from Santa Barbara’s storied past, photographed by two people who helped mold this community into a nationally recognized Mecca of the arts more than a century ago.

In 1907, the recently married Carolyn and Edwin Gledhill opened their first portrait studio on Chapala Street, one block from the luxurious oceanfront Potter Hotel, a destination for wealthy and prominent visitors at the time. During an era of extensive industrial growth and expansion for many burgeoning California cities, Santa Barbarans instead made the collective choice to focus on the city’s architecture, civic value and pageantry, making it an ideal haven for a diverse and growing community of artists and professionals. This unique social climate allowed the Gledhills access to the cultural elite, both visitors and residents alike, from which they chose the subjects of their portraits.

The Gledhills were fairly radical for their time, which was reflected both in their craft and in their personal life. At the time of their marriage, Edwin was only 19, while Carolyn was already in her 30s.  This age disparity, which might be viewed as unorthodox today, was borderline scandalous in the early 20th century.

According to the curator, “This exhibition was first organized around the premise that Edwin Gledhill was the main photographer in this team, In actuality, Carolyn was the professional photographer in the studio.  In fact, Edwin would guide the subject on how to pose, as well as try to elicit the proper reaction from the subject, and when the arrangement was to her liking, Carolyn would release the shutter on the camera.

“Other husband-and-wife photographic teams had worked together, but their roles were typically divided between photographer and printer or photographer and subject,” Virlander said. “The Gledhills worked in aesthetic and technical concert.”

Carolyn Gledhill also showed a propensity for early feminism in her work. Before her untimely death in 1935, she would pose many of her female subjects in subtly defiant ways, reflecting the fundamental shift in the paradigm of women’s roles in America during the 1920s.

Following Carolyn’s death, Edwin continued his work as a photographer and preservationist of Santa Barbara’s historic resources; he even served for many years as the executive director of the Santa Barbara Historical Museum, helping build it into the cultural institution it is today.

A few of the exhibit’s more famous portraits, which were gathered from private collectors, the University Art Museum-UCSB and the historical museum’s own collection, are of William Boeing, founder of Boeing Aircraft Co.; Sarah Fleischmann of the Fleischmann’s Yeast Co. family; Mexican muralist Diego Rivera; and Pulitzer Prize-winning novelist Upton Sinclair.

Enjoy a timelapse video of the making of Portraits in Paradise.