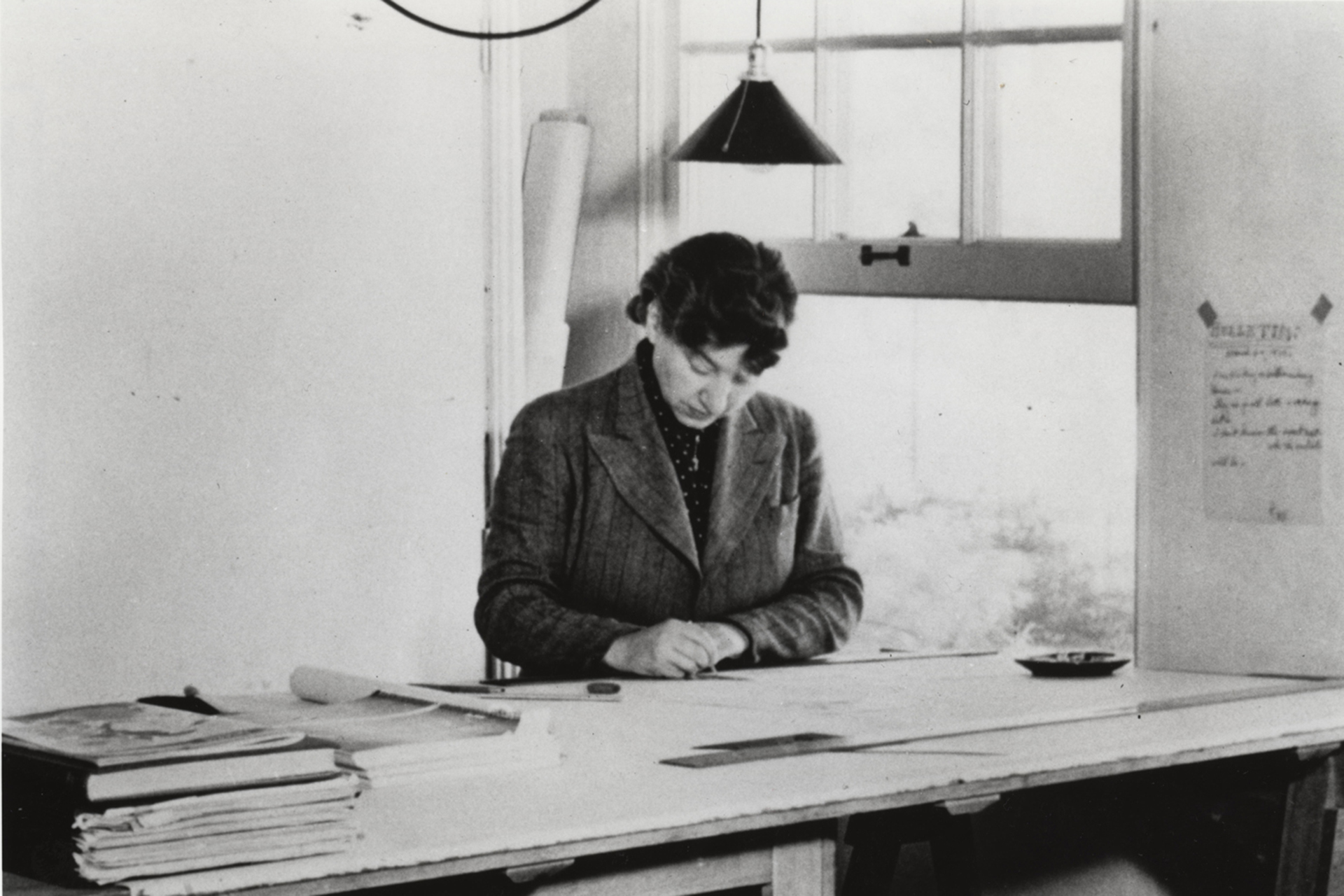 Explore the life and work of architect and draftswoman Lutah Maria Riggs and her contribution to what has become “Santa Barbara Style.”  The special exhibition celebrates the iconic architectural elements that define America’s Riviera – white walls with arched openings, red-tile, wrought iron, classical Mediterranean mixed with Art Moderne, and a focus on outdoor living and enjoying the views.

The fascinating tribute highlights the work of a very talented designer who left her mark on Santa Barbara landmarks such as the Lobero Theatre and the Vedanta Temple. Her handiwork as designer for renowned Spanish Revival architect George Washington Smith, and later on her own, graces the historic El Paseo complex in downtown Santa Barbara and Casa del Herrero in Montecito.

Riggs led a remarkable life and left a lasting impression not only in Santa Barbara and Montecito, but throughout California. From her days as a set designer in Hollywood, to her creation of the oversize Santa Barbara umbrella, to her work on Greta Garbo’s tiny Hollyood hideaway and the design of Baron Maximilian von Romberg’s palatial villa, her story is explored through drawings, photos, oral history and costume.

The Santa Barbara Historical Museum collaborated with the Lutah Maria Riggs Society and the Art, Design & Architecture Museum, University of California, Santa Barbara to fully illustrate her work and the evolution of her own “Santa Barbara Style”.

The exhibition is generously sponsored by: