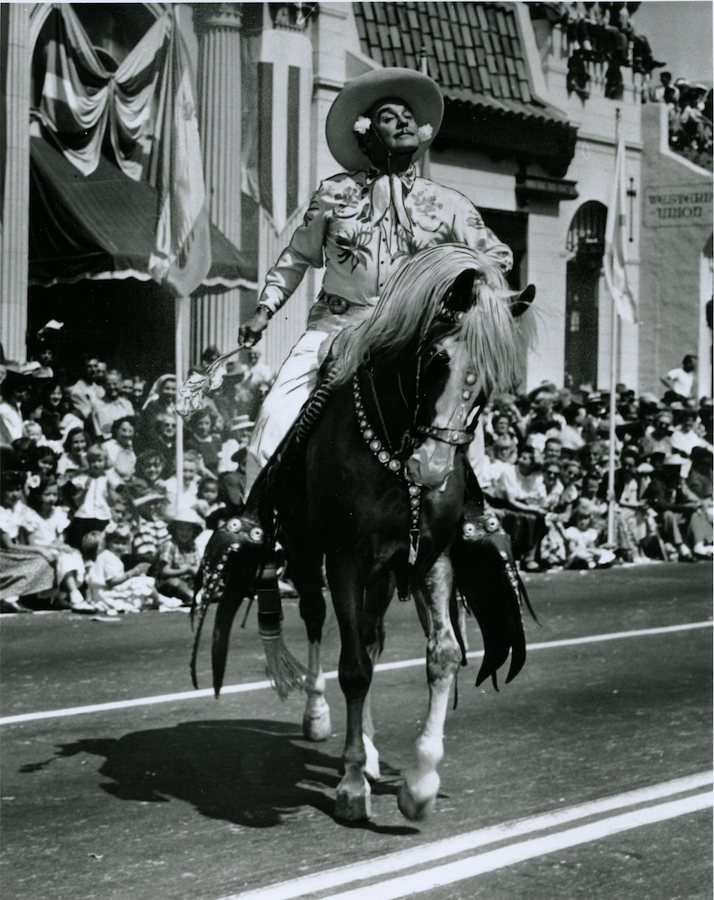 If anyone could ever claim to be an adopted son of Santa Barbara, it would be Leo Carrillo, star of stage, screen, and television. Born in Los Angeles, Carrillo always felt an affinity for Santa Barbara; in his autobiography he called Santa Barbara his “ancestral home.”

Leo Carrillo was born in an adobe near Los Angeles Plaza in 1881. He took great pride as a member of one of the most prominent families of early California. Among his forebears were a comandante of the Santa Barbara presidio, the first alcalde or mayor of Los Angeles, and any number of judges and administrators. His father was the first Los Angeles city marshal. It was a distinguished family history.

After attending St. Vincent’s College, the forerunner of Loyola Marymount, Carrillo went to work for the Southern Pacific Railroad in the late 1890s, hoping to save enough money to continue his art studies. He was assigned to a survey team working to close the gap in the rail line between Ellwood and Surf in Santa Barbara County. Carrillo spent time with relatives in Goleta and displayed his budding acting talents in amateur shows at Sexton Hall.

After leaving the railroad, Carrillo moved to San Francisco and worked as an illustrator at the San Francisco Examiner as an illustrator, covering the Chinatown beat. His skills at mimicry and dialect earned him parts in a number of amateur productions, which in turn lead to his big break on the vaudeville stage.

An acting career soon eclipsed his artistic dreams. Carrillo eventually moved from vaudeville into theatrical productions as he toured the country. In New York he was a smash in his first show which ran for 44 weeks. While in New York he met Will Rogers and the two became life-long friends. Another close friend was cowboy artist Ed Borein. Carrillo’s biggest hit, Lombardi, Ltd., ran for two years on Broadway.

He then made a transition to movies, first in silent films and then sound pictures. Carrillo, however, did not enjoy his greatest success until the 1950s, when he was in his seventies. Many still remember him in his television role of Pancho, the comedic sidekick of the Cisco Kid, played by Duncan Renaldo. Carrillo, although he did play the part for comedy, never played the buffoon. The wildly popular show was unique in that era of shoot-’em- up Westerns; in over 170 episodes, neither the Kid nor Pancho ever took a life. Instead, Cisco and Pancho outsmarted the bad guys, showing that villainy was its own worst enemy. The formula made international stars out of Renaldo and Carrillo.

Carrillo was also a community activist. For twenty years he sat on the State Parks Commission; Leo Carrillo State Beach honors his accomplishments. Carrillo was also an ardent historic preservationist and helped to save a number of historic buildings in Los Angeles and Santa Barbara. For years he was a familiar sight in both the Rose Parade and Santa Barbara’s Fiesta parade, astride his palomino. He was also an enthusiastic member of Rancheros Visitadores.

Carrillo had hoped to act as master of ceremonies at the 1961 Fiesta, but his final bout with cancer prevented that and he passed away in September of that year. All of Santa Barbara mourned the passing of the man who once said, “The adobe is my birthstone.”