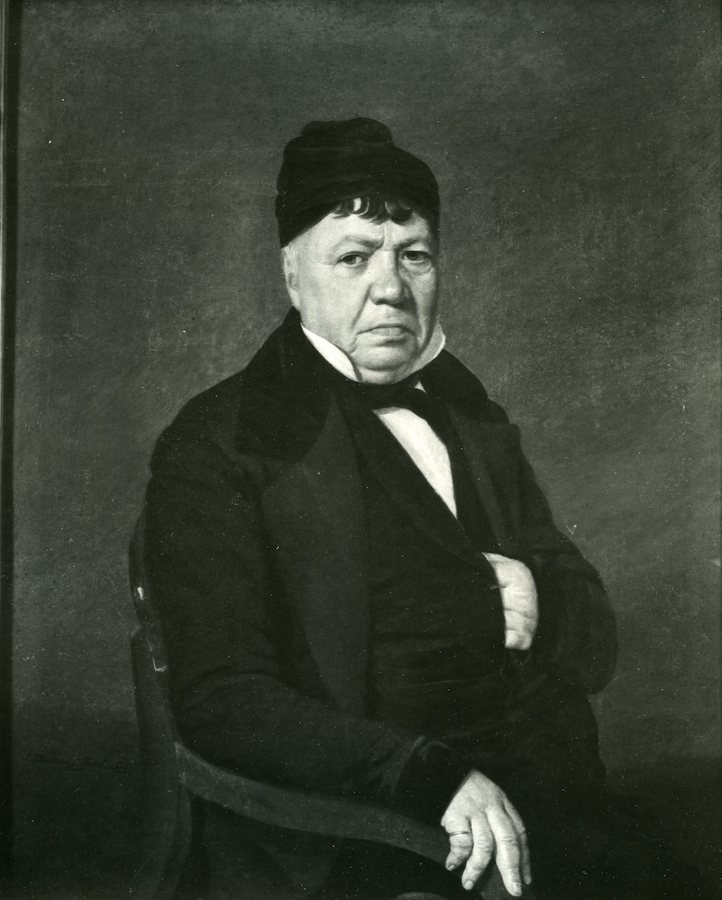 It is sometimes difficult to separate fact from fiction concerning the life of Leonardo Barbieri. He arrived in California in the late 1840s, supposedly to paint the portraits of the delegates to the Constitutional Convention in Monterey, yet none of these portraits have ever surfaced. He supposedly was executed by the Mexican government in 1854, yet documentation places him in Peru a short time later. As one writer who attempted to trace Barbieri’s life complained, she ended up “embarking on a wild goose chase after a man of mystery.” Nonetheless, he left behind a wonderful visual record of some of California’s most powerful families.

He was born in Savoy around 1810. He studied art in Lyons and could speak Italian, French, and Spanish. In 1844, he landed in Buenos Aires. The reason behind his journey remains unknown; there are hints of some personal misfortune, although simple wanderlust may have played a role.

He made a modest living, primarily by painting portraits on commission. He also taught painting for a short time at a university in Bolivia. He was drawn to California by rumors of the riches that could be made in the gold fields. He probably arrived in California sometime in 1849. He found that striking it rich was easier said than done and he soon settled in San Francisco where he once again took up his paintbrushes.

Barbieri developed several connections in San Francisco and these allowed him, in 1850, to travel around the state fulfilling commissions. One of his first was a portrait of Rosario Aguirre, wife of José Francisco Aguirre. The latter had built one of the finest adobe homes in Santa Barbara in the early 1840s, before eventually moving back to San Diego. Reportedly, Barbieri received $500 for his work.

In the summer of 1850, Barbieri set up a studio in the Hill-Carrillo adobe in what is now the first block of East Carrillo Street. Probably the first portrait he painted here was that of José de la Guerra, arguably Santa Barbara’s most powerful and influential citizen. He also painted portraits of a number of Carrillo family members, including Judge Joaquín Carrillo. This painting was re-discovered in an old barn on De la Vina Street in 1957 and restored. The citizenry of the town, in the fall of 1850, took up a collection, amounting to some $300, to have Barbieri paint José Gonzales Rubio, a beloved padre at Mission Santa Barbara. Barbieri returned to Santa Barbara early in 1852 to paint the portrait of Carlos Antonio Carrillo, former Mexican governor of California. In all, some thirty of Barbieri’s works survive from the artist’s California years.

By the summer of 1853, Barbieri had made his way to Mexico City traveling with one Count Gaston de Raousset-Boulbon. The Frenchman presented a plan to the Mexican government to settle Sonora in return for mineral rights. The arrangement fell apart and Raousset-Boulbon had a run-in with Mexican troops. He was captured and executed. Although Barbieri had been part of his friend’s “army” the artist escaped punishment.

Barbieri then turned up in Peru where he taught, painted, and staged exhibitions. About 1871, in ill-health and dire financial straits, he returned to Europe. He died in Savoy one or two years later. He left behind a body of portrait work which captured a transitional period in California history as the Mexican era ended and the American period began.
This article originally appeared in the Santa Barbara Independent.