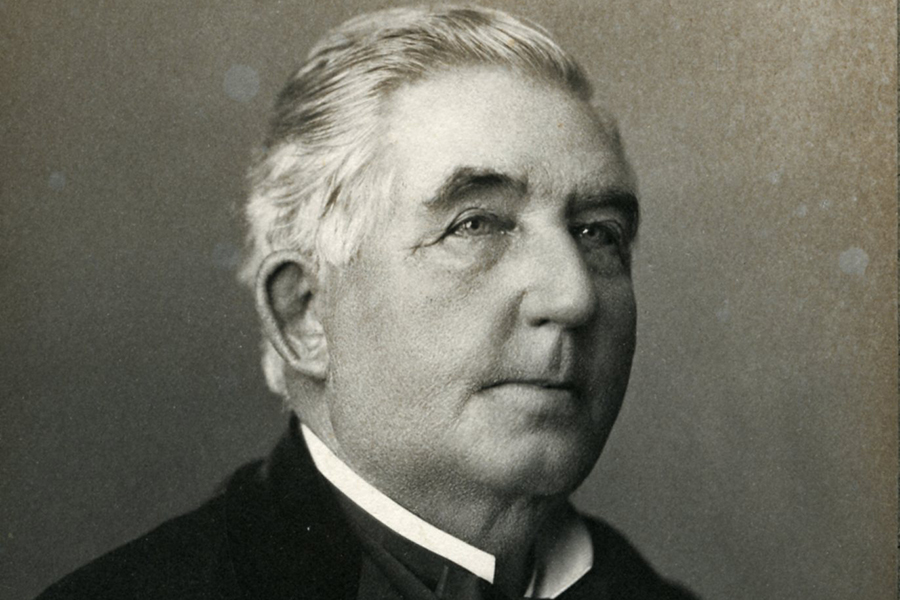 Development and Competing Ag Unseated the King Crop After a Century

Russel Heath was the first to grow walnuts on a large scale in this area; at one time he had one of the largest orchards in the country.  He settled on the South Coast in the early 1850s and soon became one of the most influential citizens of the region.

He was born in upstate New York in 1826.  His father ran one of the first iron foundries in that part of the state and was prominent in local politics.  As a young man, Russel passed up an appointment to West Point and began clerking in a law firm, experience which would stand him in good stead out west.

News of the California gold strikes drew him westward in 1849.  The journey proved to be particularly difficult.  Cholera struck the traveling party of 200 and close to half succumbed to the disease.  Upon crossing the Isthmus of Panama, the survivors hired a ship to take them to San Francisco.  The ship became becalmed, food ran desperately short, and the passengers eventually seized control of the ship and turned towards the California coast.

A small group landed just north of Point Conception, killed and roasted a steer.  The ship then put in to Santa Barbara for refitting.  Heath and a few others wanted no more to do with sailing to San Francisco and took 15 days to walk northward.  They arrived three weeks before their companions who had remained on the ship.

For two years, Heath tried his luck in the gold fields, with little result.  In 1852, he returned to Santa Barbara.  He was admitted to the state bar that year and became county district attorney in 1853.  He resigned in 1854 to become sheriff and then became the first to be elected to that position after his first term expired.  He would later serve two terms as region’s representative in the state legislature.

In 1858, he bought his first property in the Carpinteria Valley – just over 50 acres for $336.  In ensuing years he slowly added to the property until it was well over 200 acres in extent.  He built an adobe home for his family (he had married in 1856) and began to experiment with a variety of crops.  These included the aforementioned walnuts, as well as almonds, oranges, lemons, and olives.  Reportedly his vineyards included some 10,000 vines from which was produced wine and brandy.

Heath prospered, but farming was hard work.  The numerous oak trees had to be cut and uprooted by hand to clear the land.  Flooding was a problem; the great floods of the 1860s inundated great portions of his lands up to a depth of 18 inches.

In 1881, he commissioned architect Peter Barber to design an Italianate home which was built around the adobe.  Both he and his wife played prominent roles in the community.  He worked hard to get a wharf at Serena built to serve the Carpinteria Valley.  He was a director of the Montecito School District and later helped form the Carpinteria School District.  He also served as president of Santa Barbara’s First National Bank.  Harriet Heath was one of the founders of Carpinteria’s Episcopal Church in 1893.

Until his death in 1911, Heath lived on the Carpinteria ranch with his son and family.  James Heath sold the ranch in 1914 after another serious flood caused great damage, filling the family home with two feet of water.  The Italianate house was damaged in a 1940 earthquake, necessitating the removal of the top floor.  The house was torn down in 1968, but portions of the original adobe were saved and form the centerpiece of Heath Ranch Park today.

Russel Heath was an important figure in the transitional era from Mexican to American rule.  He was prominent in the establishment of American jurisprudence on the South Coast and his agricultural innovations played in important role in the move from a ranching to a farming economy.